A) i've been working in the design department at HaperCollins Children's Books for almost a year now and I mostly love it. i've been circing my first real book cover and it's looking pretty good with fancy specs and all that...so I'll have my first design out in Winter! yayyyyy i'm a book designer. it's for a trilogy of books by Garth Nix. :)

Aa) TYPE is awesome. i'm totes mastering InDesign, getting really good at kerning and all that fun stuff. I'm taking a class with superstar type-man Ed Benguiat..."Designing with Type" at SVA. Maybe I'll start a side career as a "typographic tailor" after this. :)

B) I've been doing some acting/modeling stuff...going to commercial print auditions and showcases wih casting directors and such. This coming Thursday I have an audition with an agent/manager in NYC, which could potentially skyrocket these pursuits. I'm doing an on-camera monologue from a certain dark comedy 80s high school film. A fun return to an aspiration I had when I was a kid...

C) Speaking of things I did as a kid, I'm going to try a[n adult] gymnastics class at Chelsea Piers. I just finished a gymnastics memoir (free from work yay) called Chalked Up: Inside Elite Gymnastics' Merciless Coaching, Overzealous Parents, Eating Disorders, and Elusive Olympic Dreams and, while it was not the most positive account of the sport, it really made me miss it. I miss swinging bars, I miss leading warm-ups...I started having gymnastics dreams again. So I'm going to try out this class and see about getting back into crazy good shape. Even if I just stretch and do a little tumbling it should be better than going to the NewsCorp weight room or whatever. Olympic Trials are coming up too! Need to watch those.

wow i forget how to write in here.

Virgil and I are very much enjoying playing with our 5D...and today he came home with new lights! 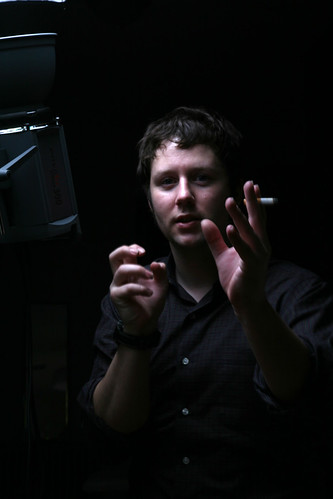 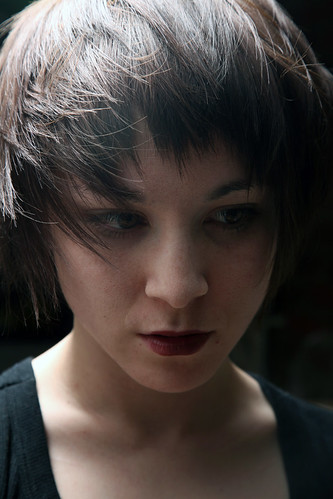 1. i have decided i would really rather not get any older. so...i think i won't.

2. Virgil and I are moving at the end of the month! To the Lower East Side! yayyyyy. please come visit us in our new lovely home. :))))))

today Virgil and I went to the Museum of Natural History and we both had crowd-induced panic attacks but we saw cute frogs and Virgil took this picture (with his iPhone!): 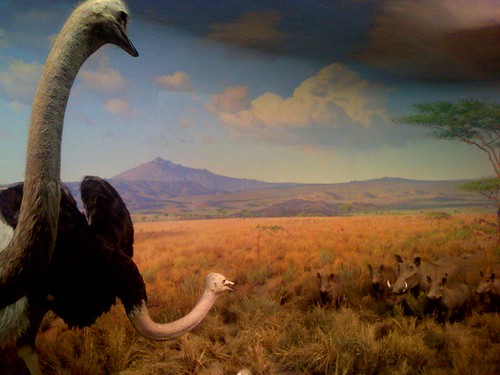 just a few things i suppose.

'tis very nice indeed to have the entirety of Jam, Brasseye, and the rest of Chris Morris' unsettling & wonderful collection of shows on my computer to watch until they're practically committed to memory. Virgil's watching Jam and just noted "this should be in a museum."

slightly related...
Virgil is now working at a fancy gallery in Chelsea. It is very fancy and Virgil has been dressing/becoming increasingly fancy accordingly. They are opening a new space in the Bowery area in November and having a big party for which I suppose I will need to fancify as well.

on that note...
I have been obtaining increasing numbers of little black dresses as of late. Also heels, which I seldom wear.

but...
i look forward to wearing bunny ears in the rain for an upcoming shoot with N. Tamindzic. and I will probably get to wear heels for this. Rabbits!
on a related note...
perhaps i can pose the question to you(s):

You see a woman walking down the street. something about her--some physical attribute, notable quirk, prominent accessory, etc--terrifies you. What is it? Describe this woman.

new topic...
Did I mention that Virgil and I are moving? Not far, mind you...just 2 floors up in our same building, but too a much nicer AND cheaper place! orange walls, "split level" loft with an actual staircase, quirky angles so it's less of a box, and a proper view of Manhattan. October 1st. I was thinking about a housewarming party but i think if all the people that Virgil and I know from various circles in NYC ended up in one place it could be very awkward. At least for me. It would be like that "condiment mélange" sleepover game that kids play where they mix up a bunch of random quaffable crap and make some poor friend/victim drink it? not that our friends are comparable to random quaffable crap. just might...not...mix. but maybe they would! so you're invited.

I am starting classes at The New School/Parsons after Labor Day...typography and other good design stuff, as well as smut writing and something online about demons in 19th century fiction.

i don't feel very exciting lately except for a vague feeling that most of the elements in my life kick quite a large quantity of ass. still though...feel like i want something, and i don't know what it is.

[oh and i know i've complained about this before, but NYC weather needs a friggin' mood stabilizer.]

"i'm quite fond of cyborg love songs. they're precise."

I'm too sleepy to work today. I just want to go home and watch Twin Peaks. I have a crush on Federal Bureau of Investigation Special Agent Dale Cooper.

i want a Nabokov tattoo.

is it too early, 2 weeks in, to say that I love my job? because, really, at this point, i totally love my job.

last week was one of the most frantic and crazy weeks in the Design Dept, according to many who have been there a lot longer than I, and with my boss (the Creative Director & Head Honcho) out on vacation, I was basically put in the position of whipping all of our designers toward a deadline for Sales (who were calling me constantly), assigning dummy books to freelancers, buying hundreds of dollars of double-sided tape and glitter glue on my own dime (thankfully was reimbursed though), and learning everyone's NAME.

it was nuts, yes, but i was not bored once, i learned an enormous amount, attended the HarperCollins Children's Books divisional meeting and was "announced" as official new girl, got a free chipwich...and am now feeling much more "bonded" with my coworkers & freelancers after getting buzzed with a few for happy hour cocktails. i am so. so. happy to be working in design...in BOOK design...in CHILDREN'S book design...it's just perfect. i nerd out about typography and color chips and people actually relate. it's actually really nice to work for a big (&rich) company with copious benefits and discounts too.

now that my boss is back in town and things are a bit less frantic with deadlines, i'm going to be coordinating Portfolio Review days on Mondays so for certain of you i have contacted about your illustrations/photographs, i will be in touch soon about getting a show-&-tell hook-up (if i missed you, let me know that too).

life is chill, man! i just put some thousand or so new fonts on my laptop today (thanks Nikola!) and i could probably spend the rest of the day just writing my name over and over in all of them (in Illustrator CS3...thanks again Tanya!), but heck maybe i will leave the house too. I could go sit outside of McCarren Pool and listen to Sonic Youth play the entirety of Daydream Nation...I could spy from my rooftop using Virgil's new crazy high-powered Marine/voyeur binoculars...I could stand on my head and eat Fig Newmans...life is full of possibilities!
Collapse